Home / Why Theater Majors Are Vital in the Digital Age

Why Theater Majors Are Vital in the Digital Age

By Tracey Moore
The Chronicle of Higher Education 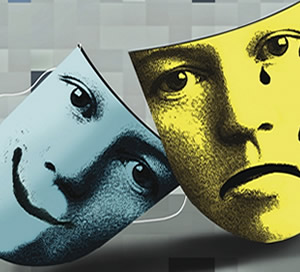 Theater’s departmental needs are so different from the norm: Where other programs require smart classrooms, desks, and Wi-Fi, we seek vast, empty spaces with sprung wood floors and natural light. The inner life of a chemistry major should not affect the outcome of an assignment; for theater majors, the inner life is the assignment.

The craft of acting involves human behavior. Constantin Stanislavsky, the father of American acting style, was a Russian actor who became frustrated with the inconsistencies of his own work. He sought to define a “system” for creating believable behavior on stage, which involved an in-depth study of a character’s motivations and circumstances.

Some of the precepts of Stanislavsky’s technique for embodying life on stage include fierce concentration and the ability to focus one’s attention at will, significant mind/body reciprocity, a developed and practiced imagination, and the exploration and study of the outside world (other people, other art forms, literature, and one’s own life experiences). Acquiring those skills could be an antidote for college students who are said to be lacking empathy, isolated and narcissistic, distracted and jaded.

Theater (slow, communal, physical) may be the cure for what ails us in the digital world. Social psychologists, neurologists, and doctors tell us that cellphone use (in the way our students do it, more than eight hours a day) is altering modes of attention, reducing eye contact, hurting necks and hands, and changing our brains and sleep cycles. Apparently nothing feels as good as the dopamine rush that floods our brains every time the phone “pings.” We are all of us, to a degree, nomophobic (the term coined to describe the anxiety that results from being without one’s phone).

A colleague tells a story about assigning a scene from a 1970s play in which one character waits on a park bench for some time. The actor was unable to conceive of any kind of “waiting” that did not involve having a cellphone to mitigate the boredom. She simply did not know what to do.

Our students (and this will very likely increase in the next couple of years, as the first cohort of 21st-century children goes to college) are unfamiliar with the experience of being alone with their thoughts or of following their thoughts, unimpeded, wherever they might travel. Solving a STEM equation is important, but discoveries in the sciences will occur only when people know how to be alone with their thoughts. Who is teaching that?

In acting classes, students grapple with the effects of technology on their brains, bodies, and social selves. Cellphones must be turned off and put away. The goal is to disconnect with technology and to connect with one another and themselves. Students struggle to maintain eye contact; they work to develop a psycho/physical connection for what they think, feel and do; they concentrate for longer and longer periods of time. They read plays; they memorize text; they learn to follow their impulses to create movement, gesture, intimacy, community. If this scene were unfolding in a movie in which computers were threatening to destroy humanity, you’d be cheering for the theater majors to save us.

A colleague recently despaired because her students no longer understood the action “to flirt.” Accustomed to soliciting one another via text, and more used to hookups than dates, this verb was no longer a touchstone for college students, and “flirting” did not elicit any specific physical or emotional behaviors (sustained eye contact, light touch, smiling, playfulness) from the actors. When asked to flirt, they went straight to simulated sex. There was no in-between. Bottom line: Even though technology has become what we do all day, it isn’t human behavior.

From 2011 to 2014, the Johnson O’Connor Research Foundation worked with theater artists in Chicago through an online survey and a battery of aptitude tests to determine whether there are innate skills shared among theater workers. The aptitude called “foresight,” which is the talent to envision many possible outcomes or possibilities, was present in all theater workers (playwrights, directors, designers, actors). When actors try out various line readings or interpretations of a scene, when they improvise or create backstory, they are using foresight.

But foresight would be impossible without empathy. The actor’s ability to envision multiple outcomes or motivations in a play must be based on the character’s circumstances, not the actor’s. That requires a kind of stepping into another person’s shoes that social scientists say is dwindling among college-age students.

When he played the role of Willy Loman in Death of a Salesman, Philip Seymour Hoffman explained that his preparation each night included sitting for at least a half-hour at the cramped kitchen table onstage, experiencing his shabby surroundings, sipping coffee, and allowing his imagination to wander as Willy’s would have. Our student on the park bench would have had trouble with that.

Algorithms recommend music based on what we’re already listening to, books similar to others we’ve read, and “friends” from among people we already know. As a result, we are less frequently confronted by the other, the unknown, the different. Stanislavsky’s technique requires a thorough study of a character’s situation – whether geographic location or state of physical health – and asks that actors explore the effects of those circumstances on their own selves. In a semester, a college actor will play multiple characters, stretching to inhabit another psyche, another intellect, another body.
It’s a veritable empathy boot camp.

Businesses have long recognized that elements of actor training can be used to develop creativity, improve communication, and resolve conflicts. Many corporate consultants have bachelor’s degrees in acting and make a good living teaching improvisation, role play, and collaborative problem-solving to M.B.A.s. Yet universities with theater departments have failed to recognize that they have this resource in their own backyards.

Whatever your feelings about the legitimacy of theater as a college major, or its eventual earnings potential, there are important struggles and discoveries happening in the acting classroom. As technology and machines consume more and more of life, perhaps theater can help us remember what it means to act like a human.

Elvy Pang
Lecturer in the Business School, The Hong Kong Polytechnic University, Kowloon, Hong Kong
“The Creativity Workshop is brilliant! One of the most life-impacting learning experiences I have ever had.”